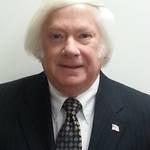 Robert S. Letnick has been practicing law in Northern Virginia for over 38 years. His primary focus is family law. He works closely with his clients and is known as an aggressive attorney.  He will first explore settlements options in an effort to resolve the case amicably and to reduce costs to the client.  Mr. Letnick will also fully litigate a case if necessary.  His vast experience gives him the unique ability to advise clients on likely outcomes, including how a Judge may rule on a matter, depending on that particular case.  As a result, he knows when settlement is appropriate and also knows when a trial is the best approach.  Mr. Letnick is very competitive and his ultimate goal is to succeed for each client.