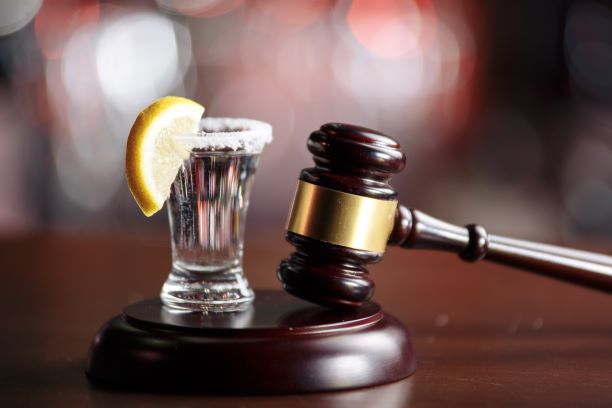 A DUI charge is a scary ordeal.  Anyone who has a first-time DUI charge in Virginia has not been through the process before and there is a lot to know.  In most cases, the incident occurs late at night, the individual is tired, and there is a police officer who is clearly investigating.  The driver is alone, has no attorney to help them at that point, and is generally not free to simply leave the scene.  In addition, everything they do and say is closely monitored by a person of substantial authority.

The court process for a first-time DUI charge is likewise not a friendly situation.  The police officer is there and, since they have charged the person, they are seeking a conviction.  Then there is a Judge that has the power to take a person's freedom away and their driver's license.   Working for the Judge is a bailiff that, if ordered by the Judge, will apprehend the person and take them to jail.

A First Offense DUI requires the assistance of a DUI Lawyer because there is a lot to lose if the case is not handled properly.  There are defenses against DUI's and, even if the Commonwealth can prove their case, there are many things that can be done to lessen the damage.  We have taken the time to provide a lot of good information on this page for you.  In addition, we offer a Free Consultation to discuss your case.  We know this is your first time and would guide you every step of the way.

What to Expect for a First-Time DUI

Fairfax County Police Officers and Virginia State Troopers are trained to spot drunk driving.  They pay particular attention to vehicles late at night since that is the time most people are leaving bars, restaurants, events, or a friend's home.  Most stops are conducted due to vehicle swerving, speeding, running red lights, or accidents.

When the police officer approaches your window they will begin with explaining the basis for the stop and will then ask where you were coming from and where you are headed.  This initial questioning is more or less designed to see if you have your wits about you and know what's going on.  In addition, they're getting you to speak so they can listen to your speech and sense if there is any odor of alcohol.  They may even shine a flashlight in your eyes in order to check your pupils.  Finally, they will ask if you have had anything to drink and, if so, how much.  After this admission, they will want to ensure you are safe to drive home and the investigation will continue.

To ensure you are safe to drive the police officer will ask that you perform some "tests."  Which tests they give varies among officers but most will at least hit the main three:  Horizontal Gaze Nystagmus (HGN), Walk-and-Turn, and One-Legged Stand tests.  These tests will be conducted on the side of the road or parking lot if you are stopped there.  With their cruiser's lights flashing and search light directed on you, the tests will be conducted.

First, the officer will (or should) demonstrate the tests for you.  They will be looking to see if you can follow directions and then check your balance during the tests.  It should be noted that the HGN is not really a balancing test but is designed to see if your eyes deceive you and exhibit signs of intoxication so that the officer knows if they are on the right track (notwithstanding that an eye nystagmus can occur in people that have not consumed any alcohol at all).  In any event, for the other tests, you are not told how you did after completing each of them.  Rather, the officer is taking notes and writing down what you did wrong during the tests (called "clues").  After completion of the tests the officer will either let you drive home or continue the investigation by offering a preliminary breath test to confirm if there is alcohol in your blood.

The preliminary breath test ("PBT") is a hand-held device used to calculate the approximate amount of alcohol in your blood.  You will be advised that you both have a right to take the test or to refuse the test.  For those that take the test it is almost certainly going to lead to an arrest.  You will be advised that the results cannot be used towards prosecution of your case.  Once the test is given, you can expect to be arrested if the amount of alcohol detected by the device is anywhere near a .08 result.

The Arrest for a First-Time DUI

If the officer finds probable cause you will be handcuffed and your vehicle towed.  You will then be taken to have your breath analyzed by a breath machine called ECIR II or for a blood test.  This result will be used towards prosecution of your case.  If the alcohol level is high enough for a magistrate to issue a warrant, you will be booked by the jail and held overnight and, in most cases, released the next morning.

As an administrative DMV action, your license to drive will be suspended for seven days.  Upon expiration of seven days you will be able to drive again without restriction.  You can pick up your license at the Traffic Division of the Fairfax County General District Court.  The license will be mailed to you if it is not picked up.

Court Proceedings for a First DUI

Following the arraignment and attorney review date will be your first court date.  In Fairfax County, the first court date is when your attorney will receive information about the evidence against you (called “discovery”).  In most cases, plea offers are not extended here and the case is not discussed in detail.  Rather the court proceedings will be continued a month or two down the road for trial.  In the event your blood was taken your case will be continued to a special blood docket for trial.  It is during this time that your lawyer will review the evidence with you and start developing a case strategy.  Depending on the evidence against you the case strategy may be simply going to trial if there are defensible issues.  In other cases, putting together good mitigation may be warranted in order to negotiate a reduction of the charge to, for example, reckless driving.

A conviction for a First Offense DUI carries a wide-range of punishments.  It is a Class 1 Misdemeanor and is a criminal conviction (see §18.2-11).  Jail time for a first-time DUI is unlikely in Fairfax County unless the blood-alcohol level is elevated.  In addition, there will be probation through the Alcohol Safety Action Program (ASAP), a 12-month loss of privilege to drive, and ignition interlock.  Specifically, a first offense DUI conviction will result in the following penalties:

Unless there is some aggravating factor, such as an accident with injury, an individual is not likely facing an active jail sentence for a first offense DUI with a blood-alcohol level of less than .15.  This means that If the individual is convicted of a DUI or DWI with a blood alcohol level of .06., 07, .08, .09, .10, .11, .12, .13, or .14, the court will generally impose a suspended jail sentence, 12-month loss of license, ignition interlock, an order into ASAP, and a mandatory $250 fine.  The suspended jail time can later become active jail time if the individual does not complete ASAP or picks up another charge over the course of one year.

In terms of the 12-month license suspension, this is mandatory by statute (see Virginia Code §18.2-271).  However, for a first-time DUI, the court will grant a restricted license if the person agrees to have ignition interlock installed on their vehicle.  Ignition Interlock is a breathalyzer that monitors alcohol levels to ensure the person is not driving with alcohol in their system.  Upon granting a restricted license, the good news is you have two options you can choose for the license suspension:  1) You can agree to have ignition interlock on your vehicle for one year and have no restrictions on when and where you drive to; or 2) You can agree to have ignition interlock on your vehicle for 6 months but your driving privileges would be restricted to driving to and from work, school, probation appointments, child care, doctor's appointments, and certain other locations.  Note:  A person is eligible for a restricted license with no driving restrictions (with interlock) only in cases where they are convicted of a DUI with a blood alcohol less than .015 (see Virginia Code (§18.2-270.1).

Finally, the individual can expect to pay a large fine.  The fine for a first-time DUI conviction is generally anywhere from $250 (the minimum) to $500.  It should be noted that the fine is in addition to the ASAP fee, ignition interlock costs, court costs, and any other required treatment fees if they are determined to have an addiction to alcohol by ASAP.

A blood-alcohol level between .15 to .20 includes a mandatory jail sentence of 5 days for a first offense DUI.  If the individual is convicted of a first offense DUI or DWI with a blood alcohol level of .15, .16, .17, .18, .19, or .20, the court is required to impose the 5-day mandatory jail sentence (see Virginia Code (§18.2-270).  The court will also impose additional suspended jail time to ensure completion of ASAP and that all rules are followed.  Unfortunately, because the jail sentence is mandatory, the person will have to serve the entirety of the sentence (credit will be given for any jail time already served).

As with all DUI convictions, ASAP and a 12-month loss of privilege to drive will be imposed.  If the court grants a restricted license then ignition interlock will be ordered.  It should be noted ASAP may refer individuals to further treatment at this blood alcohol level.

Blood Alcohol Level .21 and Above

If the individual is convicted of a first offense DUI with a blood-alcohol level of .21 or more, the court is required to impose a mandatory jail sentence of 10 days.  The court will also impose additional suspended jail time.  The court will order ASAP and a 12-month loss of privilege to drive will likewise be required.  At this blood-alcohol level, there is no guarantee that the court will grant a restricted license.  Some Judges require completion of ASAP before they agree to issue a restricted license.  In these cases, it is generally a good idea to do some counseling before the court date so the Judge feels comfortable that any possible alcohol issues are being addressed.  ASAP will likely order additional alcohol treatment at this level in conjunction with the normal ASAP classes.

Hiring a Lawyer for your First Offense DUI

Many people want the best DUI Lawyer available in Fairfax County.  The proverbial “best DUI Lawyer” is somewhat subjective because you need one that you can have open communication with and fully trust.  Lawyers are not magicians but the right Lawyer can really help you understand the case, understand your options, and help you prepare.

The Letnick Law Firm, PLC has had a relationship with the court system since 1978.  We understand the court process and appreciate what you are going through.  Give us a call for a free consultation and we would be happy to help.