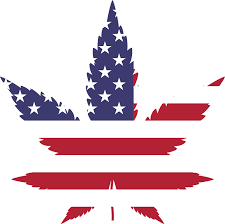 Your First Offense For Possession of Marijuana in Fairfax County

The modern day perception of marijuana is evolving.  Many states have legalized marijuana possession for medical use or for recreational use.  As a Commonwealth, Virginia is generally slow to change and marijuana possession remains illegal.  However, in Virginia, the crime is slowly evolving towards lighter punishments.  Possession of Marijuana as a first offense in Fairfax County, while illegal, is gravitating towards more leniency than ever before.

§18.2-251 (commonly called the "251 Disposition" or first offender program) allows for the dismissal of the charge after completing probation for a first offense.  The terms of probation require the entry of a guilty plea or no contest plea to the charge.  The guilt finding is withheld and the case is then continued between 6 months and 1 year (depending on the Judge) for completion of 24 hours of community service, remaining drug-free, attending a class, and having no further violations of law.  In addition, the driver's license or privilege to drive in Virginia will be suspended for 6 months.  A restricted license to get to work, school, and other permitted destinations is available in most cases.

Starting November 1, 2017, the law changed for First Offense Marijuana Possession charges in Virginia.  Specifically, the new law was changed to allow the Court the discretion to not suspend a person's privilege to drive.  In Fairfax County, the Court has ruled that if the person participates in the "251-Disposition" and was not driving, then the Court will not suspend a person's driver's license.  However, an additional 50 hours of community service will be ordered.  This change was made to avoid people having their license suspended even though they were not driving.  Many people have been caught walking home, hanging out in a hotel room, or some other non-driving circumstance and then have their license taken from them. The correlation between a license suspension and the facts of those cases just made no sense!

Please note that the Fairfax County General District Court has held that if the person does not successfully complete the program then the Court will suspend the license or privilege or 6 months.  So even though the driver's license was not suspended because the individual was not driving, this added punishment will be made later.  This is different than the previous law because, since the individual's license was suspended at the beginning of the case, an unsuccessful completion of the program did not result in another 6 month license suspension.

Getting the Case Reduced or Dismissed

In first time possession of marijuana cases in Fairfax County, we will generally recommend that the client complete community service and submit to drug screens.  This is like an "out-of-court program" that shows the prosecutor and officer that the client is clean of THC and has put the time in to complete community service hours.  This process shows that the client cares of about their case and we will also generally use their background as a corresponding reason to have the charge either reduced, changed, or dismissed.  This background information will generally include school, current or past employment, and military.  Some of the charges we will work towards getting the marijuana possession changed to are trespassing, disorderly conduct, or possession of drug paraphernalia.  In those instances, there is no license suspension and no probation.  The client just pays their fine and goes on on their way.

In many other cases, we can argue for dismissal of the charge because the law says you are not guilty of the charge.  For example, if you are in another person's car and marijuana is found, it is called a "constructive possession" case.  This means the marijuana is not on your person so you don't have dominion and control over it.  As a result, the Government will need to prove knowledge.  However, if you tell the officer you did not know it was there, case dismissed!

If you have been charged with marijuana possession in Fairfax County and this is your first offense, feel free to give us a call.  We would be happy to discuss your case and offer a free consultation.  It is important to know the ramifications because you would be surprised to know that these charges can affect student loans, security clearances, and current or future employment.  Many cases have a valid defense and are beatable.  For the cases that have more problematic facts (such as you were stopped for speeding and then simply handed the marijuana over to the police trying to be cooperative), we can still work to obtain a result that is consistent with your best interests given your particular circumstances.

Possession of Marijuana in Fairfax County