Possession of Marijuana in Fairfax County 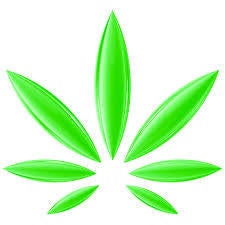 Possession of Marijuana is legal in Virginia provided the individual is at least 21 years old.  An individual may possess up to one ounce of Marijuana either on their person or in any public place.  As a result, an individual is no longer facing a criminal charge for Marijuana Possession provided it falls within those parameters.  However, Fairfax County will prosecute an individual for Marijuana Possession if they are under the age of 21 years old or are a juvenile, are caught smoking Marijuana in a public place, or use Marijuana while driving.  If you are facing an Marijuana charge, an attorney should be consulted.  We offer a free consultation and would be happy to discuss your case.  Give us a call or 703-273-4100 or use the contact form below.

The current status of Marijuana Possession in Fairfax County

Under Virginia Code §4.1-1100, it is unlawful to possess more than one ounce of marijuana.  The penalty for possessing more than one ounce of Marijuana is a $25 civil penalty which can be prepaid.  In addition, the good news is that it is not reported to a person's criminal history record.  However, it should be noted that there are still consequence to marijuana possession because the offense is still a public record.  This means that it can show up on background checks and affect employment, affect immigration status, and student loans.  Accordingly, it is not recommended to simply prepay the Marijuana charge if possible.

In those cases where an individual is caught possessing more than one pound of Marijuana, they will likely face a Felony charge and face up to 10 years in prison.

It is illegal in Virginia for individuals under 21 years of age to possess any amount marijuana no matter how small.  A conviction for Underage Marijuana Possession results in a $25 civil penalty in Fairfax County.  In addition, the court may require a substance abuse program.  As noted above, this conviction does not go on a criminal record but is still visible on public records so it may show up on background checks.

Marijuana Use While Driving

It is a Class 4 Misdemeanor to use marijuana while driving, being a passenger, or have an open container of marijuana.  Therefore, a conviction can result in up to a $250 fine.  There are no other penalties involved for using marijuana while driving in Fairfax County.  However, this is still a misdemeanor offense that will go on your record and needs to be addressed properly.

In addition, the statute gives the Judge the authority to find an inference that a person was using marijuana while driving or as a passenger if the open container was found in the passenger area of the vehicle, some of the marijuana have been removed from the container, and the appearance, speech, conduct, or other physical characteristics of the person appear consistent with having used marijuana.

DEFENSES TO POSSESSION OF MARIJUANA

The Virginia Code governing marijuana possession provides that ownership or occupancy of the place or vehicle where the marijuana is found does not create a presumption that the person knew or had possession of it.  Rather, the Commonwealth will need to show other evidence that the person is guilty of the offense.  Such evidence would include statements to the effect of knowing it is present or that it is theirs, making furtive movements towards an area where the officer later locates the substance, proximity to the marijuana (though proximity alone is not enough to establish possession), etc.  Essentially, if you didn't know the pot was there, you are not guilty of the offense.  The police must also provide proof that the marijuana was tested in order to show it is in-fact marijuana.

In cases where it appears that the Commonwealth can prove possession, we will nevertheless work towards a dismissal of the charge through preemptive community service and/or drug testing to show the client is now drug-free.

Whether you have been charged civilly or criminally, Marijuana Possession can have long-lasting consequences and can still negatively impact certain aspects of your life.  If you would like to fight your marijuana charge give us a call.  We offer a free consultation and flat-fees and would be happy to help.