Failure to Appear in Fairfax County 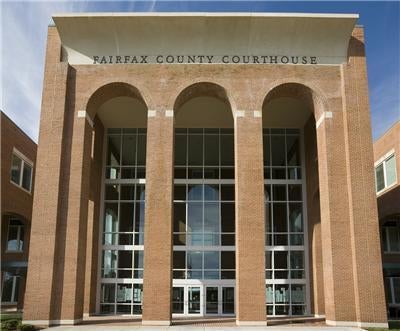 Did you Miss Your Court Date?

People miss their court date for various reasons which happens almost everyday in Fairfax County.  It can be a serious oversight.  In these cases, it may be that you simply got cold feet and wanted to miss court.  In other cases you may have simply forgot the court date since most charges are given months before the actual court date.  Finally, it is possible that something came up that interfered with you from appearing such as a death in family, vehicle trouble, final exams, or a medical emergency.  Whatever the reason for missing court the best recipe is facing the the Failure to Appear charge because it is not an issue that will likely go away on its own.  Give us a call or use the contact form below and we can help you work to reopen the case or appeal the court's decision.  In either event you will need to act quickly!

The Virginia Code under §19.2-128 requires that you appear for court when issued a summons or arrest warrant unless the document specifically waives the requirement.  If you willfully Failure to Appear for court you will either be tried in your absence or an arrest warrant (a capias) will be issued.  If an arrest warrant is issued, the charge will be for either a Misdemeanor or Felony depending on the severity of the underlying charge.  In addition, any bond that was paid will be forfeited and it will also result in you being rearrested.  If this happens, call your lawyer and be sure to contact your bonding company if you used one.

If you are charged with a Felony and do not appear for your court date in Fairfax County you will be charged with Failure to Appear and be rearrested.  There is also a strong likelihood the Judge will require you to sit in jail until your court date.  The other problem is you will now face an additional Class 6 Felony charge which carries a punishment of up to 5 years in prison and a fine of up to $2500.  Such a substantial jail sentence is unlikely but a conviction for a felony and jail time is possible depending on the circumstances surrounding the Failure to Appear.

A Misdemeanor Failure to Appear will be charged for a court date missed in Fairfax County when the underlying charge is a Misdemeanor.  A Misdemeanor Failure to Appear is not as severe as a felony because many Judges will either dismiss the charge after the underlying case is resolved or simply issue a fine.  However, it should be noted that Judges have incarcerated people in the past depending on the circumstances.

Steps to Handle Your Failure to Appear

The first thing you should do is contact a lawyer.  We will want to check to see if a bench warrant ("capias") was issued for your arrest.  If so, we will want to file a motion to withdraw the bench warrant and ensure the court that you now have a lawyer and will appear for the next court date to face the underlying charge.  Sometimes a Judge will not simply withdraw the bench warrant but, with an attorney now on the case, may issue a personal recognizance (not a bad thing) so that you can simply sign that you promise to appear for the next court date and we will then work towards having the Failure to Appear dismissed at the next court date.

If, however, you were tried in your absence (meaning the Judge found you guilty of the underlying charge but did not issue a bench warrant) then we can file a motion to reopen the case and ask the Judge to reset it for trial.  Depending on the circumstances some Judges will agree to reopen the case.  In those cases where the motion to reopen is denied we will want to then appeal the whole case to Circuit Court provided it is still within the 10-day appeal period.  This is why it is important to address a Failure to Appear charge right away so that if the motion to reopen is denied we can still appeal the case and have a new trial in Circuit Court.

Remember, it is important to address a Failure to Appear charge right away so you avoid the embarrassment of being arrested at home, during a traffic stop, or being stopped by the police and arrested in public around friends or family.  A Judge is much more likely to help you if you appear in Court and "fall on your sword" rather than simply "putting your head in the sand" and hiding.

We offer a Free Consultation and would be happy to discuss your case and your available options.  We handle Failure to Appear charges frequently and can help you explain to the Judge what happened in a way that makes some sense to the Court which will put you in the best shape possible.