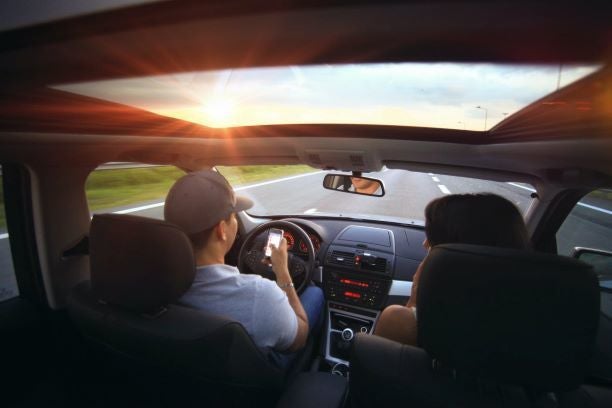 Cellphones have become such an integral part of our lives that they are with us everywhere we go.  If we leave the house without it we panic.  If our cellphone battery dies you can bet it will be hooked up to a charger within minutes.  We use our phones to take pictures, send text messages, check emails, watch videos, peruse the internet (and even make calls sometimes).  You may even be reading this on your cellphone right now!

Fairfax County is a very large jurisdiction, so we also need to drive.  To minimize distracted driving, it is illegal in Virginia to hold a cellphone while driving and it is prosecuted in Fairfax County.  This is otherwise called the “Phones Down Law.”  Because cellphones require taking the eyes off the road police officers are always on the lookout for people looking at their phones while in traffic.  We can help and offer a free consultation to discuss your case.  We routinely handle these cases in the Fairfax County Courts which includes the Fairfax County General District Court, the Fairfax City General District Court, Town of Vienna Court, and Town of Herndon Court. Give us a call at 703-273-4100 or use the contact form below.

USE OF HANDHELD PERSONAL COMMUNICATIONS DEVICE

Virginia Code §46.2-818.2 forbids holding or using a handheld personal communication device (cellphone) while on a highway.  Historically this used to include only using a phone to manually enter letters or text to communicate with another person (texting while driving).  However, now, it is illegal to simply hold a phone while driving.  As a result, you cannot hold your phone while driving to dial a phone number, use your GPS, read or send a text message, check emails, watch movies or other videos, play games, or other similar activities.

The statute excludes those instances when you are lawfully stopped or parked or are using your cellphone to report an emergency.  It also excludes certain emergency and VDOT personnel from the statute when performing their official duties.

It should be noted that, while you cannot hold your phone while driving, you are permitted to make or receive calls using Bluetooth or other hands-free technology.  Since the statute excludes holding your cellphone while lawfully stopped, it appears the best course of action is to pull over to safe place if you need to use your phone or to set up hands-free.

If you are pulled over for holding a cellphone while driving in Fairfax County, you will not be asked by the police officer to hand the phone over to them.  The officer may ask what you were using the phone for (likely for further information to justify the stop) but the act of holding the phone is the only thing that is relevant.

Defenses to Using your Cellphone While Driving

Historically, there were defenses in these cases that pertained to texting while driving.  However, now, all the officer must testify to the Judge is that they simply observed you holding a phone while operating a motor vehicle (driving).  Whether or not you were in-fact texting, making a call, or otherwise using the phone is not relevant.  It should be noted that the officer must still prove you were in-fact holding a handheld personal communications device and not, for example, an address book, calendar, or something else.  In addition, the statute excludes those instances where the individual was trying to report an emergency.  "Reporting" can have many meanings because if you receive or make a call or text message about an injury or ailment to a family member or friend, is that not a reporting an emergency?  These issues will ultimately need to be decided by the Judge.

When it appears the police officer can prove that you were holding your cellphone while driving, we don't believe the case is over.  Rather, we can still likely negotiate or argue for a reduction of the charge to a no-point offense, so it doesn't affect your driving record or insurance rates.  Judges do not like these types of cases because of the inherent danger involved due to the distraction of cellphones.  However, when our client has a good driving record, has a good reason for using their phone, and/or comes to court with us prepared with mitigation, we have received very good outcomes in these cases.  Hiring a traffic attorney really can help in these cases.  In many cases, a little explanation about why our client was holding or using their cellphone can go a long way with a Fairfax County General District Court Judge.