Refusal of Breath or Blood Test in Fairfax County 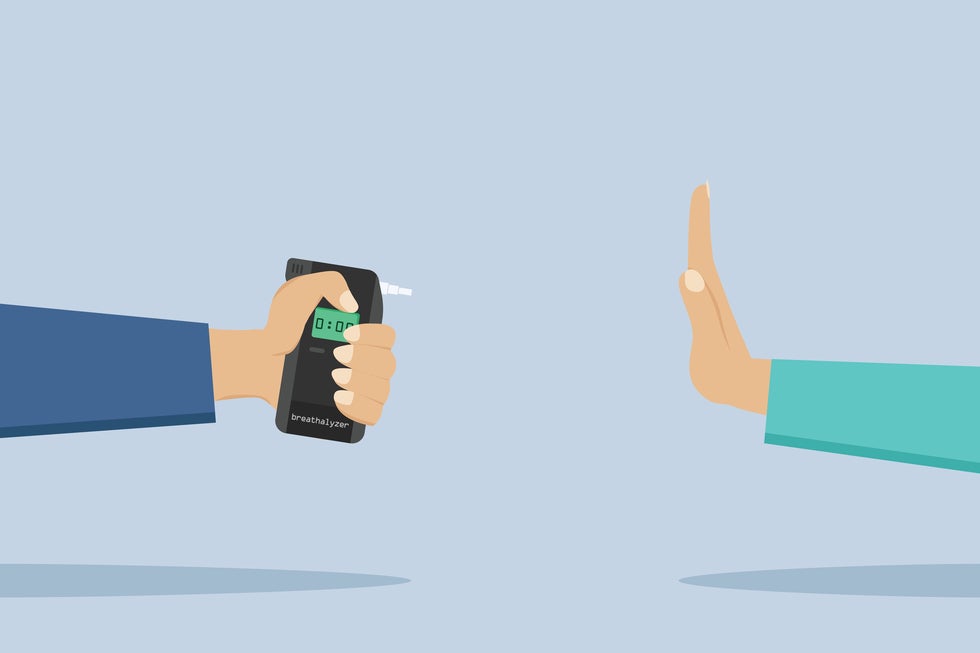 The Implied Consent Law in Virginia requires consent by a driver to submit to breath and blood tests to determine sobriety.  This "consent" is considered a condition to driving.  If consent is not given by the driver then they can be charged with Refusal under Virginia Law.  We see many Refusal charges in Fairfax County that accompany DUIs.  Many people refuse to take a breath test or blood test because they are afraid and don't know what else to do.  There is no right to consult a Lawyer prior to taking a breath or blood test.  Without knowing how the test results can affect them, it is hard to make an informed decision at that moment.  Many refusal charges are understandable.  If you have received a refusal charge we recommend giving us a call for a free consultation at  703-273-4100 so we can discuss your case and help.  We are located only a few minutes from the Fairfax County Courthouse and appear there daily.

Consequences of Refusing a Breathalyzer or Blood Test

Virginia Code §18.2-268.3 is the Refusal statute.  When a person who is arrested wishes to refuse a breath or blood test, the police officer must read an implied consent form to them.  The form is designed to advise the person of the consequences of refusing a breath or blood test.  Theoretically, it is supposed to help a person understand their rights and obligations better.  After many years of handling these cases we are not entirely sure people understand the form given the stress they're under in the moment.  Nevertheless, after reading the form, the individual will have another chance to decide whether to submit to the breath or blood test.  If the individual again refuses, then a refusal charge will be brought and the form that was read will be attached to the charging document as proof.  It should be noted that the police officer retains the right to later request a search warrant and require the person (against their consent) to provide a blood sample.

For a first offense refusal, it is a civil offense and is not criminal.  There is no jail time for a first-offense refusal. However, it will result in a one-year driver's license suspension.  The good news is, after 30 days, the court can issue a restricted license provided the person has an ignition interlock device installed in the vehicle and agrees to attend the Alcohol Safety Action Program (ASAP).

Defenses to the Implied Consent Law and Refusal

Many refusal charges are pretty clear-cut and a conviction is likely.  In those cases, Virginia Code §18.2-268.4 gives the individual a way out of a refusal conviction.  Specifically, the law says that if a person enters a guilty plea to the underlying DUI, the court can dismiss the refusal.  Most all Judges in Fairfax County will dismiss the refusal charge upon a guilty plea to an accompanying DUI charge.  This is important because it will generally lead a restricted license immediately following the DUI conviction (so you can drive) and avoids having the license suspended twice for the DUI and the refusal thereby lengthening the license suspension to two years.

It is important to have a lawyer that understands the facts of the underlying DUI charge because there are defenses to a refusal charge that may apply depending on the case.  Fist, the Implied Consent Law requires that the person be caught driving on a highway in order for it to apply.  Consequently, a person is not guilty of refusal if they are seen driving in a parking lot.  In addition, the person must be arrested within three hours of driving.  This issue comes upon a lot in accident cases where the person is not in the vehicle when the officer arrives on scene.  Also, a person must be offered a breath test first before being required to give blood unless the breathalyzer is unavailable, the person is physically unable to submit to a breath test, or it's clear the underlying DUI is drug-related necessitating a blood test.  This is to try to minimize the intrusion of an unnecessary needle.  Finally, the refusal must be unreasonable.  Absent constant vomiting or a medical emergency, most Judges in Fairfax County will find a refusal to be inherently unreasonable so we will likely want to pursue one of the other defenses enumerated above.